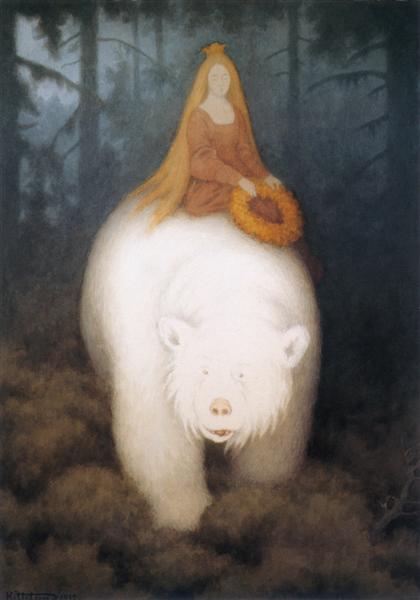 The term neo-romanticism is used to cover a variety of movements in philosophy, literature, music, painting, and architecture, as well as social movements, that exist after and incorporate elements from the era of Romanticism. It has been used with reference to late-19th-century composers such as Richard Wagner particularly by Carl Dahlhaus who describes his music as "a late flowering of romanticism in a positivist age". He regards it as synonymous with "the age of Wagner", from about 1850 until 1890—the start of the era of modernism, whose leading early representatives were Richard Strauss and Gustav Mahler (Dahlhaus 1979, 98–99, 102, 105). It has been applied to writers, painters, and composers who rejected, abandoned, or opposed realism, naturalism, or avant-garde modernism at various points in time from about 1840 down to the present.

Neo-romanticism as well as Romanticism is considered in opposition to naturalism—indeed, so far as music is concerned, naturalism is regarded as alien and even hostile (Dahlhaus 1979, 100). In the period following German unification in 1871, naturalism rejected Romantic literature as a misleading, idealistic distortion of reality. Naturalism in turn came to be regarded as incapable of filling the "void" of modern existence. Critics such as Hermann Bahr, Heinrich Mann, and Eugen Diederichs came to oppose naturalism and materialism under the banner of "neo-romanticism", demanding a cultural reorientation responding to "the soul’s longing for a meaning and content in life" that might replace the fragmentations of modern knowledge with a holistic world view (Kohlenbach 2009, 261).

"Neo-romanticism" was proposed as an alternative label for the group of German composers identified with the short-lived Neue Einfachheit movement in the late 1970s and early 1980s. Along with other phrases such as "new tonality", this term has been criticised for lack of precision because of the diversity among these composers, whose leading member is Wolfgang Rihm (Hentschel 2006, 111).


In British art history, the term "neo-romanticism" is applied to a loosely affiliated school of landscape painting that emerged around 1930 and continued until the early 1950s. It was first labeled in March 1942 by the critic Raymond Mortimer in the New Statesman. These painters looked back to 19th-century artists such as William Blake and Samuel Palmer, but were also influenced by French cubist and post-cubist artists such as Pablo Picasso, André Masson, and Pavel Tchelitchew (Clark and Clarke 2001; Hopkins 2001). This movement was motivated in part as a response to the threat of invasion during World War II. Artists particularly associated with the initiation of this movement included Paul Nash, John Piper, Henry Moore, Ivon Hitchens, and especially Graham Sutherland. A younger generation included John Minton, Michael Ayrton, John Craxton, Keith Vaughan, Robert Colquhoun, and Robert MacBryde (Button 1996).