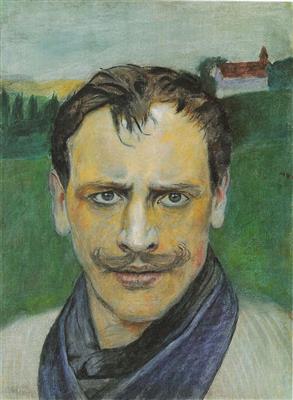 
Sohlberg attended the Royal School of Art and Design of Christiania. He later trained under the graphic artist and painter Johan Nordhagen. Sohlberg attended the art school of Kristian Zahrtmann. He also studied as a pupil of Erik Werenskiold, Eilif Peterssen and Harriet Backer.


He is particularly known for his depictions of the mountains of Rondane and the town of Røros. Perhaps his most widely recognized paintings, in several variations, is Winter's Night in Rondane, presently featured at the National Gallery (Nasjonalgalleriet).


His painting Fisherman's Cottage was used as the cover of a book by John Burnside, Scottish writer, called A Summer of Drowning; Sohlberg is mentioned prominently throughout the novel, and one of the sections of this book is called "The Fisherman's House" in obvious homage to the painting.


Another painting, Flower Meadow of the North, was used as the cover of the book Morning Poems by Robert Bly.