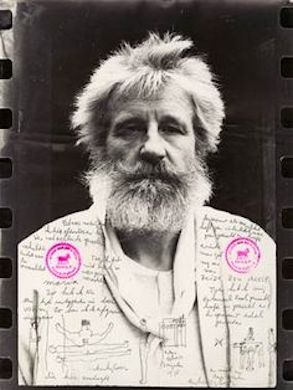 
According to the informational booklet "Anton Heyboer: Timeless Work", he was born on the small island of Pulau Weh in the north of Sumatra as the son of a Dutch mechanical engineer and a school teacher. His father worked in the coal harbour there for Shell Oil and his mother worked in the local school for Dutch children. The care of the young baby was in the hands of "Baboe Jami", a nurse who only cared for Heyboer for 5 months, but whose warmth would remain a fond memory for the rest of his life and would influence his later work as his ideal of the "original woman".


The family travelled wherever Shell needed his father, and they lived in Curaçao during the years 1933-1938. Anton Heyboer was trained to become a mechanical engineer like his father. In 1939 the family took a vacation in the Netherlands, but due to the outbreak of WWII they could not return to Curaçao and settled in Voorburg, where Anton went to work for the company "Van der Heem" in The Hague.


In 1942 the family moved to Haarlem, where they lived on the Zijlweg and young Anton began studying to become a technical draughtsman, but was awarded a diploma for unusual aptitude after only three months and began working for his uncle Paasman who supplied hydraulic pumps for the local Figee crane company. He worked there in the draughtsmen's studio with large windows on the south side for light.


In 1943 he was conscripted for work service in Germany and spent seven months in the labor camp of Prenzlauer Berg in Berlin, where he became seriously ill, an episode that would have strong influence on his later art.


After seven months he returned to Haarlem where he lived with his parents until the end of the war. When their house was destroyed for the "Festung Haarlem" in 1944, they moved to the Lorenzkade, and Anton assisted his father building "noodkachels" (emergency stoves). During the Hunger Winter Anton supplemented the family income by selling some works; he made signboards for local businesses in town and printed posters and cartoons.


After the war in the fall of 1945 he moved to Borger, Netherlands where he met and moved in with Hans Heyting in 1946. According to Heyting's biographer, Heyboer had come to Borger after being inspired by reading the letters of Theo and Vincent van Gogh and wanted to come to Drenthe to see the countryside himself. Heyboer was so popular with women that they needed to put an alarm near the entrance of the "Groene Kruis" house they were painting in, in order to keep girlfriends from marching in unannounced. He helped start the club ”vereniging Drentse schilders” and began painting intensively. After a year the place became known as "Rembrandtplein". In 1946 Heyboer's work was shown with that of the other "Drentse schilders" in Assen.


In Borger Anton met the painter Jan Kagie, who influenced his art when he took him along on a trip to France in 1947. Anton returned north after 3 months when he ran out of money. At first he moved in with his parents, but their marriage was deteriorating, so he quickly decided to find his own place to live.