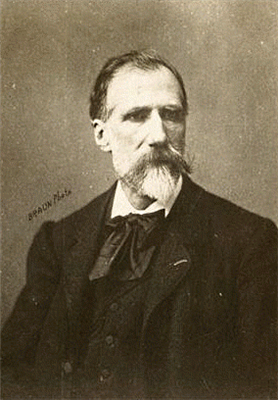 
Twins Jean and Emmanuel Benner were born in March 1836 in Mulhouse, Alsace, France to Jean Benner-Fries.


The Benner brothers were first designers at Mulhouse mills and factories. By 30 years of age, he was able to study art with Léon Bonnat, Eck and Jean-Jacques Henner and exhibited at the Paris Salon in 1868. In 1881 he won his first medal there for this painting Le Repos.


He painted still-life, portrait and genre paintings, including After a Storm at Capri (1872), Trappist in Prayer (1875), Petite Falle de Capri, Flowers and Fruits (1868), and Reverie.


He also painted in the Isle of Capri, which was an artist colony at that time, its residents included Frederic Leighton, Walter McLaren, John Singer Sargent, Edouard Alexandre Sain, and Sophie Gengembre Anderson.