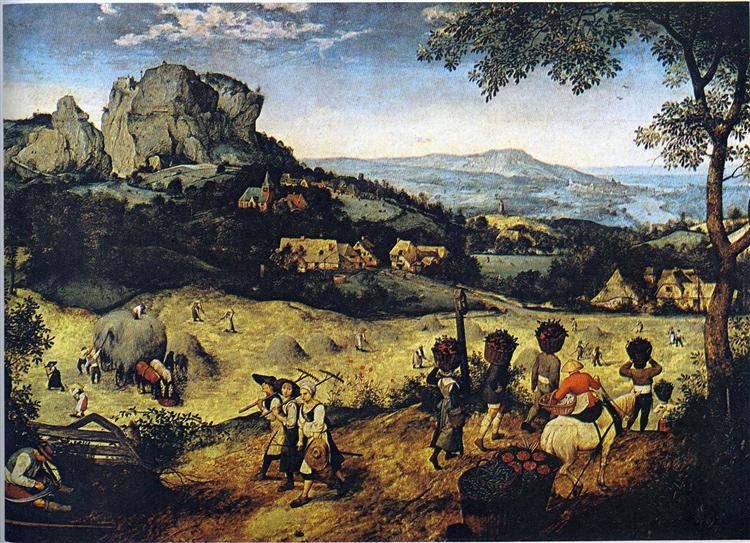 The Hay Harvest (also known as Haymaking), is an oil on wood painting created by Pieter Bruegel (c. 1525-1569), in 1565. The most important of the Lobkowiczes' Northern pictures, it was hung in the dining room of the Antwerp merchant Niclaes Jongelink. This picture was originally part of a series of six panels, each presumed to represent two months of the year – in this case June and July.

In 1594 all six panels were given by the city of Antwerp to Archduke Ernst, Governor of the Netherlands. It is believed that the whole series was selected by Rudolph II at the division of his younger brother's estate in 1595. By 1659 only five panels are listed in the Vienna inventory of the Archduke Leopold Wilhelm (1614–62). It is not known if by that date Haymaking had already left the Imperial Collections, nor is it known when the Lobkowicz family acquired it, though it is first recorded as in their possession in 1870.

The painting is now part of the Lobkowicz family collection, located in the Lobkowicz Palace in Prague Castle, within the Czech Republic.