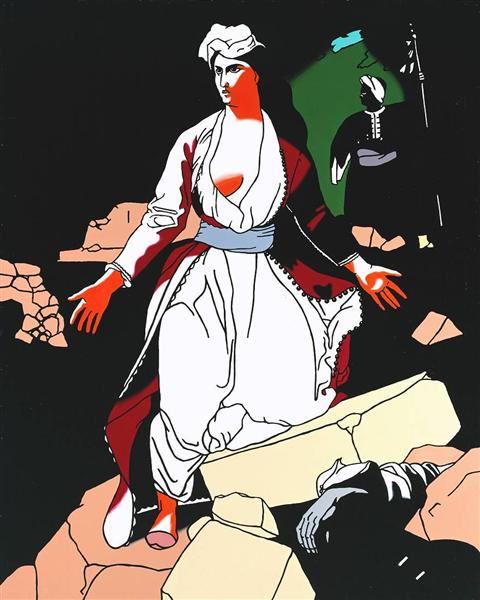 Greece Expiring on the Ruins of Missolonghi (after Delacroix)

Delacroix created his painting in support of the Greeks in their war of independence in 1927. It
focuses on a woman in traditional dress, representing Greece. Her arms are raised in a gesture
of horror and helplessness as she surveys the scene of mass suicide of her patriots who chose
death rather than surrender to the Turks. The painting commemorates the people of
Missolonghi and is symbolic of freedom against tyrannical rule.

Caulfield deliberately chose to work from a black and white reproduction of the Delacroix
painting so that the colours would be left to his imagination. He used a limited range of
household gloss paints, substituting flat areas of colour for Delacroix’s more emotive
brushstrokes.