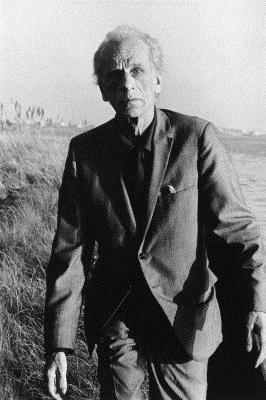 Joseph Cornell (December 24, 1903 – December 29, 1972) was an American artist and film maker, one of the pioneers and most celebrated exponents of assemblage. Influenced by the Surrealists, he was also an avant-garde experimental filmmaker. He was largely self-taught in his artistic efforts, and improvised his own original style incorporating cast-off and discarded artifacts. He lived most of his life in relative physical isolation, cared for his parents and his disabled brother at home, but remained aware of and in contact with other contemporary artists.

Joseph Cornell was born in Nyack, New York, to Joseph Cornell, a well-to-do designer and merchant of textiles, and Helen TenBroeck Storms Cornell, who had trained as a nursery teacher. The Cornells had four children: Joseph, Elizabeth (b. 1905), Helen (b. 1906), and Robert (b. 1910). Both parents came from socially prominent families of Dutch ancestry, long-established in New York State. Cornell's father died in 1917, leaving the family in strained circumstances. Following the elder Cornell's death, his wife and children moved to the borough of Queens in New York City. Cornell attended Phillips Academy in Andover, Massachusetts, in the class of 1921, although he did not graduate.

Except for the three and a half years he spent at Phillips, he lived for most of his life in a small, wooden-frame house on Utopia Parkway in a working-class area of Flushing, along with his mother and his brother Robert, whom cerebral palsy had rendered physically challenged. Aside from the period he spent at the academy in Andover, Cornell never traveled beyond the New York City area.

Cornell was wary of strangers. This led him to isolate himself and become a self-taught artist. Although he expressed attraction to unattainable women like Lauren Bacall, his shyness made romantic relationships almost impossible. In later life his bashfulness verged toward reclusiveness, and he rarely left the state of New York. However, he preferred talking with women, and often made their husbands wait in the next room when he discussed business with them. He also had numerous friendships with ballerinas, who found him unique, but too eccentric to be a romantic partner.

He devoted his life to caring for his younger brother Robert, who was disabled and lived with cerebral palsy, which was another factor in his lack of relationships. At some point in the 1920s, or possibly earlier, he read the writings of Mary Baker Eddy, including Science and Health with Key to the Scriptures. Cornell considered Eddy's works to be among the most important books ever published after the Bible, and he became a lifelong Christian Science adherent. Christian Science belief and practice informed Cornell's art deeply, as art historian Sandra Leonard Starr has shown.

He was also rather poor for most of his life, working during the 1920s as a wholesale fabric salesman to support his family. As a result of the American Great Depression, Cornell lost his textile industry job in 1931, and worked for a short time thereafter as a door-to-door appliance salesman. During this time, through her friendship with Ethel Traphagen, Cornell's mother secured him a part-time position designing textiles. In the 1940s, Cornell also worked in a plant nursery (which would figure in his famous dossier "GC44") and briefly in a defense plant, and designed covers and feature layouts for Harper's Bazaar, View, Dance Index, and other magazines. He only really began to sell his boxes for significant sums after his 1949 solo show at the Charles Egan Gallery.