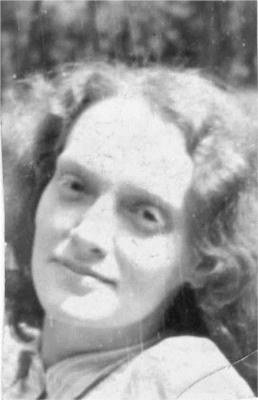 Ilka Gedő (May 26, 1921 – June 19, 1985) was a Hungarian painter and graphic artist. Her work survives decades of persecution and repression, first by the semi-fascist regime of the 1930s and 1940s and then, after a brief interval of relative freedom between 1945 and 1949, by the communist regime of the 1950s to 1989. In the first stage of her career that came to an end in 1949 she created a huge number of drawings that can be divided into various series. From 1964 on, she resumed her artistic activities creating oil paintings. "Ilka Gedő is one of the solitary masters of Hungarian art. She is bound to neither the avant-garde nor traditional trends. Her matchless creative method makes it impossible to compare her with other artists."

Ilka Gedő (1921–1985) was born from the marriage of Simon Gedő and Elza Weiszkop on 26 May 1921. Her father was a teacher at the Jewish grammar school, her mother worked as a clerk. Some of the leading Hungarian writers and artists of the times were among the family’s circle of friends. Ilka Gedő was raised in a family, where she had every opportunity to become an educated and sensitive artist. She went to a secondary school bearing the name Új Iskola (New School). This school offered an innovative curriculum and teaching methods.

Since her early childhood, Ilka Gedő had been continuously drawing, recording her experiences. The series of juvenilias, completely preserved in the artist’s estate, can be put into chronological order, and thus one is confronted with a visual diary.


She was seventeen years old when she spent her holidays in the Bakony hills, to the west of Budapest. During her holidays she spent all her time drawing the scenery. In the fields she followed the scythe-men with sketchbook in hand, so as to see again and again the recurring movement from the same angle, capturing the rhythm with considerable fluency and sophistication. The drawings, watercolours, and folders that have been preserved from the years 1937-1938 reveal that she already had a complete technical mastery of drawing, and this in spite of the fact that she had never received regular tuition until then.

After passing her school-leaving examinations, Ilka Gedő seriously considered starting her artistic studies in Paris, but the war interfered, and due to the Jewish laws she could not go to the Hungarian Academy of Art either. Even had Gedő wished to attend the Academy, it is likely that she would have found her way barred. With the increase in influence of the Hungarian Fascists, the Arrow Cross Party, the open disenfranchisement of the Jews began in 1938 with the First Jewish Laws followed by the Second and Third in 1939 and 1941.

From the late 30’s till the early 40’s Ilka Gedő was taught by three artists of Jewish origin who were killed by the Nazis at the end of the war.

In 1939, her final examination year Gedő attended the open school of Tibor Gallé (1896–1944). Gedő's second master was Victor Erdei (1879–1944), a painter and graphic artist of the naturalist-impressionist and Art Nouveau style. Gedő's third teacher was the sculptor István Örkényi Strasser (1911–1944). From Strasser Gedő learnt the firmness of sculpturesque modelling and the representation of mass.