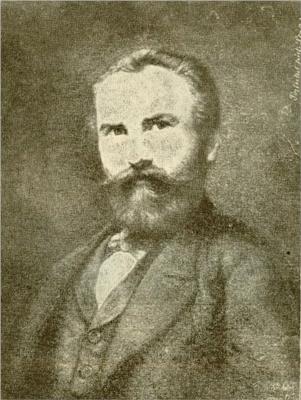 In 1862 he entered the National School of Fine Arts from Iaşi where he was taught by Gheorghe Panaiteanu Bardasare and Gheorghe Şiller. He continued his artistic education in Munich where, for seven years, he studied painting, metal gravure and xylography.

He painted still life paintings representing small objects that were surrounding him, such as old books, newspapers, religious items, chairs, shoes, plates and especially fruits. Also, he painted many portraits of famous people of his time (for example Gheorghe Asachi, painted in 1881). Many others of his paintings take inspiration from the simple life in the countryside in idyllic compositions and by painting peasants having as models people living in Bavaria and Moldova regions.

Beside his artistic career, he was a professor and, later on, the headmaster of the National School of Fine Arts in Iaşi between 1892 and 1902, following Gheorghe Panaiteanu Bardasare.

He died in his house on Bărboi street in Iaşi on 18 June 1920 and was interred at Eternitatea Cemetery.