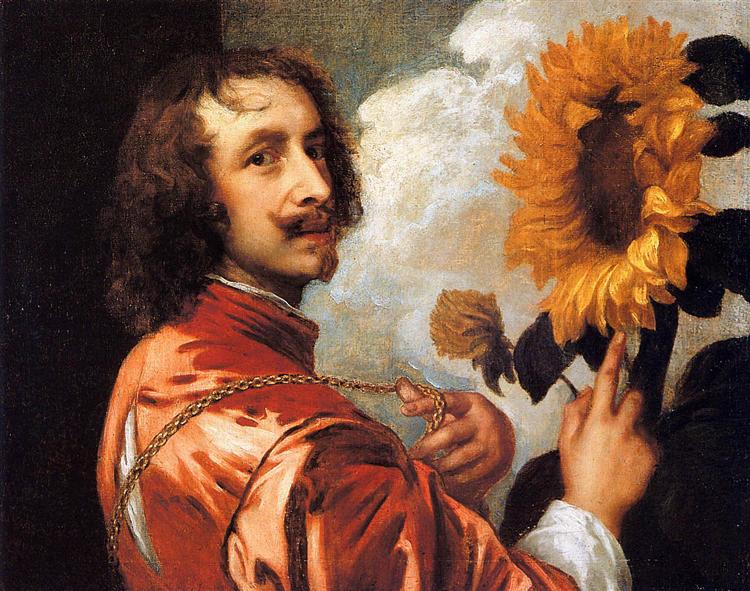 Self portrait with a Sunflower

Self-portrait with a sunflower is a 1632–33 self-portrait by Anthony van Dyck. It is now in the private collection of the Duke of Westminster.

It was produced at the height of his fame, while he was 'principal Paynter in order to their Majesties' at the court of Charles I of England, who also knighted him. He wears the gold chain given to him by Charles and holds a large sunflower, whose symbolism is much debated.