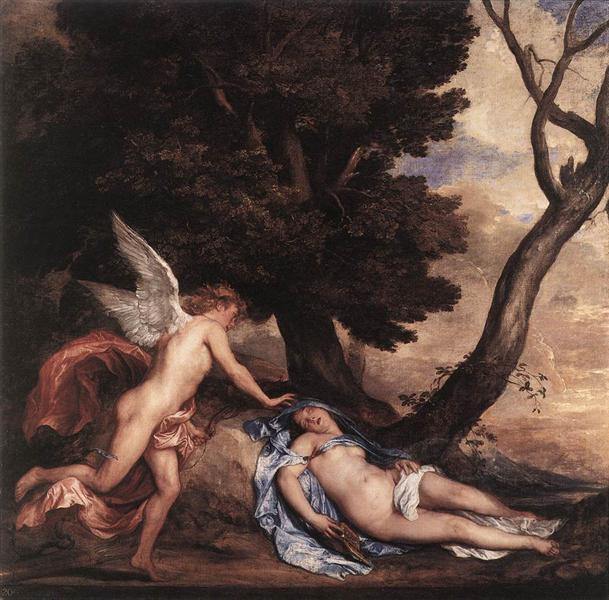 Cupid and Psyche is a 1638–40 painting by Anthony van Dyck. It is now in the Royal Collection and shown in Kensington Palace. Psyche may be modelled on van Dyck's mistress Margaret Lemon.

One of the last in his oeuvre, it shows a marked influence of Titian and dates from his time as a court artist to Charles I of England. It is his sole surviving mythological painting from that period and possibly comes from a series of paintings on the Cupid and Psyche theme ordered for the Queen's House at Greenwich - other artists involved in the series included Jacob Jordaens and van Dyck's old tutor Peter Paul Rubens. That project never came to completion, which is one possible explanation for why the painting has no frame and is relatively unfinished. This would date it to 1638–1640. A second alternative is that it was produced for the celebrations of Princess Mary's marriage to William II of Orange in 1641.