{{selectedLanguage.Name}}
Sign In Sign out
Action History
×
Home/ Artists / Northern Renaissance .../ Pieter Bruegel the Elder/ The Death of the Virgin 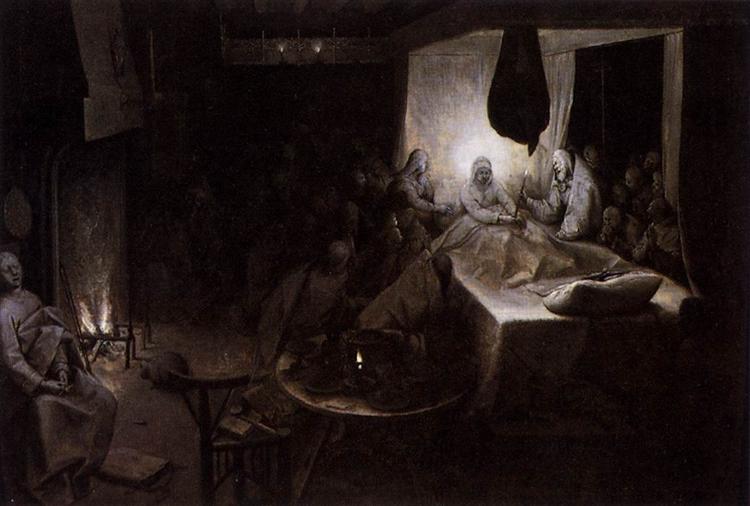 The Death of the Virgin

This grisaille panel was painted for Abraham Ortelius, the great Antwerp geographer, who was a close friend of Bruegel. Later it belonged to Rubens.

Bruegel's interpretation of the scene is unusual in the exceptionally large numbers of the just who crowd around the Virgin's deathbed. The literary source for this is Jacobus de Voragine's Golden Legend, which tells of numerous holy persons being present when Mary was reunited with her son.

John the disciple, sleeping next to the fireplace on the left of the picture, is dreaming that the apostles and other saints have assembled around the bed of the dying Virgin. Bruegel is employing seemingly supernatural lighting effects here, such as would later be typical of Rembrandt's work.