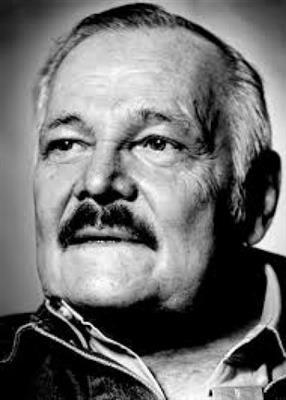 José Luis Cuevas (February 26, 1934 – July 3, 2017) was a Mexican artist and was one of the first to challenge the then dominant Mexican muralism movement as a prominent member of the Generación de la Ruptura (Breakaway Generation). He was a mostly self-taught artist, whose styles and influences are moored to the darker side of life, often depicting distorted figures and the debasement of humanity. He had remained a controversial figure throughout his career, not only for his often shocking images, but also for his opposition to writers and artists who he feels participate in corruption or create only for money. In 1992, the José Luis Cuevas Museum was opened in the historic center of Mexico City holding most of his work and his personal art collection. His grandson Alexis de Chaunac is a contemporary artist.


José Luis Cuevas was born on February 26, 1934, to a middle-class family in Mexico City. He was born on the upper floor of the paper and pencil factory belonging to his paternal grandfather, Adalberto Cuevas.


When he was ten years old, he began studies at the National School of Painting and Sculpture "La Esmeralda", and he also started to illustrate newspapers and books. However, he was forced to abandon his studies in 1946 when he contracted rheumatic fever. The illness left him bedridden for two years. During this time, he learned engraving work taught by Lola Cueot of Mexico City College.


At age fourteen, he rented a space on Donceles street to use as a studio instead of returning to school as his poor health meant that did not know how long he might live. He decided it would be better to dedicate himself to his art. Cuevas learned how to horse back ride and basket weave for money. He worked on illustrations for The News, and despite his lack of formal training, he taught art history classes at Coronet Hall Institute. One element of his training was the opportunity to visit the La Castaneda mental hospital where his brother worked to draw the patients.


Cuevas was sometimes described as vain, a pathological liar and a hypochondriac, obsessed with sickness and death, especially his own. Writer René Avilés Fabila once said that “The greatest love of José Luis Cuevas is named José Luis Cuevas, because he is an artist more in love with himself than with his work.” The reason for this quote is that he has done so many self-portraits that it is like having a large number of mirrors. Cuevas stated that he did not believe that he was vain and says that idea started in 1955 when he decided to take a picture of himself every day, which he continued to do up to the end of his life. He was one of the most photographed contemporary artists of Mexico. One ludicrous story states that he visited a “vampire brothel” where they scratch and paw at customers. Other story relates him to a 70-year-old woman named Gloria who he tried to seduce and another one that Marlene Dietrich threw herself at him. He admitted to being a bit paranoid and defensive, concerned about being cast in a negative light. He claimed Julio Scherer García as an enemy for interfering with his writing career. He also had feuds with painter Rufino Tamayo. He claimed that José Chávez Morado, Guillermo González Camarena and the "Frente Popular de Artes Plasticas" were envious of him and that they accused him of working with the CIA in the 1950s when he was coming out after mainstream artists. Even in his final years, he made deferences by opening his museum to all of his friends but those he considers enemies were not permitted inside.