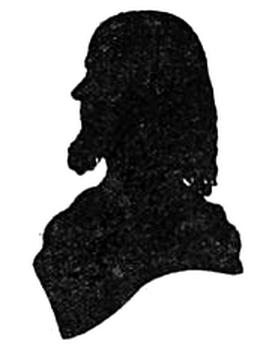 Auguste Amant Constant Fidèle Edouart (1789–1861) was a French-born portrait artist who worked in England, Scotland and the United States in the 19th century. He specialized in silhouette portraits.

Born in Dunkerque, he left France in 1814, and established himself in London, where he began his career making portraits from hair. In 1825, he began work as a silhouette portraitist, taking full-length likenesses in profile by cutting out black paper with scissors. Edouart spent fifteen years touring England and in 1829 arrived in Edinburgh. He remained there for three years, during which time he produced some 5,000 likenesses. Edouart travelled in the United States in about 1839–49, visiting New York, Boston, and other locales. He later returned to France. where he worked on smaller silhouettes. They included one of the most notable writer of this period, Victor Hugo.

Edouart created portraits of hundreds of subjects, including:

The Art of the Silhouette in 19th-century Cork, which included works by Edouart, Stephen O’Driscoll (c.1825-1895), and miniature portraits of members of the Crawford Family, was held at Crawford Art Gallery, Cork in 2015.