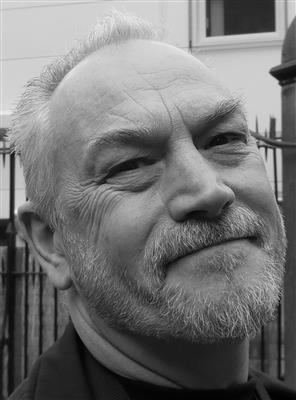 Robert L. Williams (born March 2, 1943) is an American painter, cartoonist, and founder of Juxtapoz Art & Culture Magazine. Williams was one of the group of artists who produced Zap Comix, along with other underground cartoonists, such as Robert Crumb, S. Clay Wilson, and Gilbert Shelton. His mix of California car culture, cinematic apocalypticism, and film noir helped to create a new genre of psychedelic imagery.

He is also a unicyclist.

At a very early age he displayed an interest in drawing and in painting with watercolors. He was enrolled in the Stark Military Academy in the first grade. Perhaps this led, later in life, to his collecting German Pickelhauben.

Williams was instilled at an early age with a love for car culture. His father owned The Parkmore, a drive-in restaurant, complete with carhops, which was frequented by hot rodders. Williams received his first car, a 1934 Ford five-window coupe, at 12 years of age as a gift from his father. References to his childhood environment can be seen throughout Williams's work, as well as in the custom hot rods which he would later build himself.

He became so skillful at painting specular reflection from chromed auto parts that he later drew the chrome parts for other comix artists, who drew the rest of the auto.

The Williams household was unstable, as his parents married each other a total of four times. During his early childhood, Williams was shuttled between Albuquerque, New Mexico, and his father's home in Montgomery, Alabama. The parents' final separation occurred in 1956, after which 12-year-old Robert lived with his mother in Albuquerque. He became a delinquent youth, immersed in hot rods, high jinx, and street gangs; this led to his being expelled from public school in the 11th grade.

To avoid the possibility of a jail term, Williams moved to Los Angeles in 1963 at the age of 20. There he enrolled in art courses at Los Angeles City College, where he contributed artwork to the school's paper, The Collegiate, and met Suzanne Chorna, his future wife.

After that, he briefly attended the California Institute of the Arts (formerly the Chouinard Art Institute), where he was branded an "illustrator" in derogatory fashion. Now married, Williams left the art school and became a professional artist in search of work. He worked for Black Belt magazine and designed containers for the Weyerhaeuser Corporation before he found his dream job in 1965 with Ed "Big Daddy" Roth.

In the late 1960s, while doing advertisements and graphics for Roth, Williams was also a productive oil painter. It was during this period that he created his "Super Cartoon" paintings, which included Appetite for Destruction and In the Land of Retinal Delights. These paintings were meticulously created in the style of the old masters, using hand-made paints and multiple layers of varnish. The "Super Cartoon" works sold well but were very time-consuming to produce, sometimes requiring more than a year.