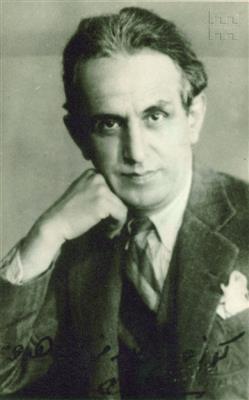 
İbrahim Çallı was born in Çal, Denizli. He showed early interest in painting during his primary and secondary education which he finished in his hometown and in İzmir.


In 1899 he went to Istanbul where he worked in several jobs while he continued painting. Meanwhile, he took drawing lessons from an Armenian-origin Ottoman painter -Roben Efendi- at Grand Bazaar. With the support of Şeker Ahmet Paşa he entered the Fine Arts School (now Mimar Sinan University) in 1906.


Graduating the school with the highest degree after four years, Çallı was sent to France with a fellowship from government where he studied under Fernand Cormon. During his years in France he didn't pay much attention to upcoming movements like cubism, he embraced a free style close to impressionism. With the outbreak of World War I he returned home and was appointed assistant to Salvatore Valeri at the Fine Arts School. During the war he produced war-themed paintings in the studio founded by the War Minister Enver Pasha with other artists among them Ali Sami Boyar,