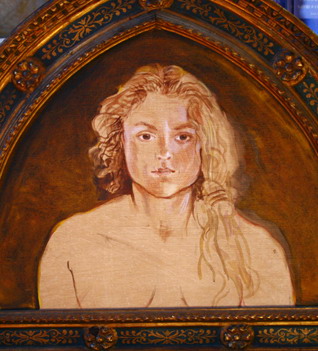 Her work—most of which juxtaposes heavenly beings and mundane activities—has been showcased at galleries across the United States, and is featured in the book Domestic Goddesses, along with her humorous commentary.

Vonnegut is the daughter of novelist Kurt Vonnegut, Jr., and his first wife, Jane Marie (Cox), and the sister of Mark Vonnegut and Nanette Vonnegut. She was named for her paternal grandmother, Edith Lieber Vonnegut.

Vonnegut learned Transcendental Meditation with her mother, Jane, in 1967.