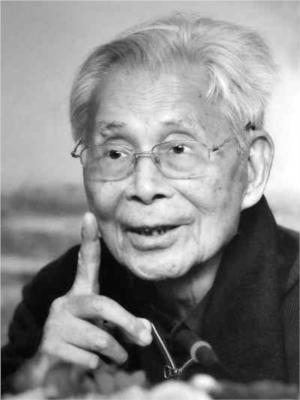 Wu Guanzhong (simplified Chinese: 吴冠中; traditional Chinese: 吳冠中; pinyin: Wú Guànzhōng; 29 August 1919 – 25 June 2010) was a contemporary Chinese painter widely recognized as a founder of modern Chinese painting. He is considered to be one of the greatest contemporary Chinese painters. Wu's artworks had both Western and Eastern influences, such as the Western style of Fauvism and the Eastern style of Chinese calligraphy. Wu had painted various aspects of China, including much of its architecture, plants, animals, people, as well as many of its landscapes and waterscapes in a style reminiscent of the impressionist painters of the early 1900s. He was also a writer on contemporary Chinese art.

Wu was born in a village in Yixing, Jiangsu province, in 1919. His family wanted him to become a teacher just like his father had been. In 1935, Wu passed the entrance exam and studied electrical engineering at Zhejiang Industrial School (浙江公立工业专门学校, a technical school of Zhejiang University) in Hangzhou. While in engineering school, Wu met an art student named Zhu Dequn who was studying at the National Hangzhou Academy of Art. During a trip to Zhu’s school, Wu got his first look at art and fell "madly in love" with it. Against his father’s wishes, in 1936 he transferred to the art academy, studying both Chinese and Western painting under Pan Tianshou (1897–1971), Fang Ganmin (1906–1984) and Lin Fengmian (1900–1991).

Wu went through many trials and challenges during his years in college before he could master his craft. In 1937 the Sino-Japanese War began and the campus had to pick up and relocate in order to get out of the way of the invading Japanese army. During the constant movement during the war, Wu was able to see many different locations. He considered the adventures as a necessary journey to becoming a man and building his character. Wu benefitted greatly from the many teachers who taught him to paint and the rough journey to becoming a man. In 1942 he graduated from Hangzhou National Academy of Art and tried to find a job. During the war jobs were hard to find and Wu took a part-time job as a substitute teacher. He later found a job as a water color and drawing teacher in the Architecture Department of Chongqing University.

After Wu graduated he continued to hone his craft and studied with some of his old colleagues from school like Zhu Dequn, Li Lincan and Zheng Wei. Each of these friends continued their art careers and left their mark on the art scene. In 1946 Wu applied for one of the two art study abroad spots and was the best applicant who applied, this was in part to his French language studies. 1947 traveled to Paris to study at the Ecole Nationale Supérieure des Beaux Arts on the government scholarship. Even though France was still recovering from World War II, Wu was completely enthralled with the art. He visited all of the major museums within the first few days of his arrival. Wu was always a tremendous fan of French and European art. While in Europe, Wu realized the many cultural and religious differences between Europe and China. This was a difficult barrier for him to overcome to understand and appreciate some of the art. Wu found a great interest in the modern art of France despite his studying in European artistic traditions. He took a great liking to the Post-Impressionists like van Gogh, Gauguin and Cézanne. Wu loved van Gogh the most because of van Gogh’s passion for art and the internal torment he endured. Wu also felt the hardships that Gauguin felt when he left Paris for a South Pacific island in order to find his own personal ideal. Gauguin eventually died on the island. This trip helped Wu grasp the idea of form and the basic meaning of art. The study abroad trip also led to formalism becoming the basic underlying element of his art and studying in France helped him better understand formalism.