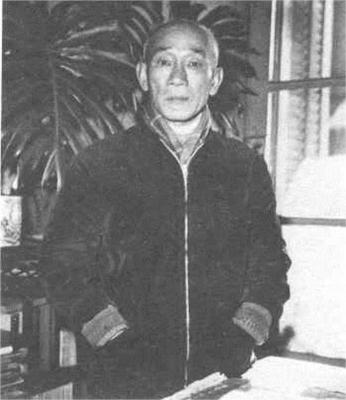 Lin Fengmian (Chinese: 林風眠; November 22, 1900 – August 12, 1991), originally Lin Fengming (林凤鸣), was a Chinese painter and is considered a pioneer of modern Chinese painting for blending Chinese and Western styles. He was also an important innovator in the area of Chinese art education. He was one of the pioneers of Chinese modern art who earned the title of "The Four Great Academy Presidents".

Born in Ge Gong Ling village (located in Meijiang district, Xiyang Baigong township, in the suburbs of today's Meizhou municipality in Guangdong province, China), Lin Fengmian displayed an early fascination for arts and excelled at it. As part of the young Chinese elite, Lin participated in the Diligent Work-Frugal Study Program and went to France. Similar to his compatriot Xu Beihong, Lin spent the early years of his career in Europe, moving to the prestigious Ecole Nationale Superieure des Beaux-Arts in Paris, France in 1920 to study painting in the studio of Fernand Cormon, who also trained other such renowned painters such as Vincent van Gogh, Henri de Toulouse-Lautrec, Emile Bernard, etc. In 1923, he moved to Berlin, Germany for a study tour.

In 1925 he returned to China, where he became the principal of the Beiping Vocational Art School, now Central Academy of Fine Arts. In 1928, with encouragement from Cai Yuanpei, he founded the National Academy of Art (now called the China Academy of Art) in Hangzhou, becoming its first principal and taught western painting along with Fang Ganmin and Wu Dayu.

Lin's works and life were met with great tragedy. While many of his early works were destroyed by Japanese soldiers during the Sino-Japanese War, many of his later works were destroyed during the Cultural Revolution. After being heavily criticized and denounced by the Gang of Four, Lin personally destroyed his own works by soaking and then flushing his works down the toilet; however, he still ended up being imprisoned for over four years. Zhou Enlai finally approved his release papers. After his release, Lin slowly began to recreate many of his previously destroyed works.

In 1977, thanks to the assistance of Marshall Ye Jianying, who is also from Meizhou, he was allowed to leave China, on the assumption that he could reunite with his family in Brazil. He visited his family on several occasions in Brazil but settled in Hong Kong, where he remained until his death in 1991.