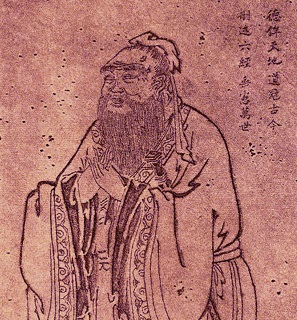 Wu Daozi (680–c. 760), also known as Daoxuan, was a Chinese artist of the Tang Dynasty. Michael Sullivan considers him one of "the masters of the seventh century," Some of his works survive; many, mostly murals, have been lost.

Wu traveled widely and created murals in Buddhist and Daoist temples. Wu also drew mountains, rivers, flowers, birds. No authentic originals are extant, though some exist in later copies or stone carvings. Wu's famous painting of Confucius was preserved by having been copied in a stone engraving.

In one, he painted a wall mural displaying a rich nature-scene set in a valley, containing a stunning array of flora and fauna and including a cave at the foot of a mountain. The story goes that he clapped his hands and entered the cave, inviting the emperor to follow. The painter entered the cave but the entrance closed behind him and, before the astonished emperor could move or utter a word, the painting vanished from the wall. The contemporary Swedish writer Sven Lindqvist meditates on this legend and the challenge that it poses to modern aesthetics in his book, The Myth of Wu Tao-Tzu.

Another legend states that Emperor Xuanzong sent Wu Daozi to Sichuan to study the green waters of the Jialing River in order to complete a mural of its entire course. Supposedly, Wu returned without sketches and rapidly painted the entire river from memory, completing the 300-li account within a single day. It is sometimes added that his technique was foiled by Li Sixun, who accompanied him and followed the traditional practice of working slowly from numerous prepared sketches. To the extent that it is grounded in a real event, however, it probably only reflects Wu's speed of execution and not a lack of reliance on sketches.

Another has it that a painter found one of the last surviving murals of Wu Daozi and learned to imitate the style. He then destroyed the wall, possibly by pushing it into a river, to ensure that no one else could learn the same secrets.

The Presentation of Buddha was featured in recent television presentations in China.