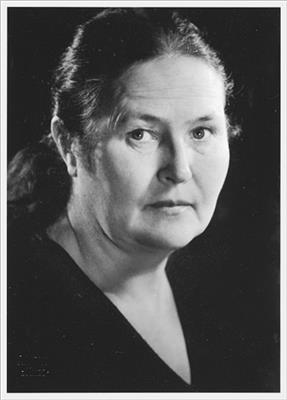 Tetyana Yablonska (Ukrainian: Яблонська Тетяна Нилівна) (24 February 1917 – 17 June 2005) was a Ukrainian painter. Her early vital pictures are devoted to work and a life of Ukrainian people ("Bread", 1949). She has passed to generalizing images of the nature, differing a subtlety of plastic and color rhythms ("Anonymous heights", 1969; "Flax", 1977).

Yablonska was born in Smolensk, Russian Empire. She studied at the Kiev State Institute of Art (1941), the studio of Fedir Krychevsky. She worked very productively until the very end of her life, reportedly painting her last pastel etude on the very day of her death.

Her students include Mikhail Turovsky.