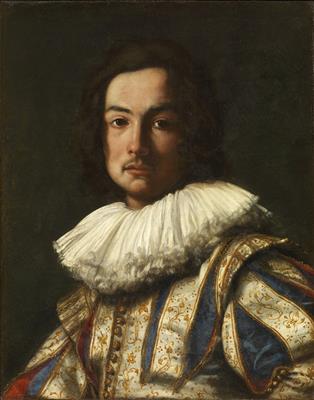 Stefano della Bella (17 May 1610 – 12 July 1664) was an Italian draughtsman and printmaker known for etchings of a great variety of subjects, including military and court scenes, landscapes, and lively genre scenes. He left 1052 prints, and several thousand drawings, but only one known painting. He was born and died in Florence, Italy.


Della Bella was born at Florence to a family of artists, and was apprenticed to a goldsmith, but became an engraver working briefly under Orazio Vanni and then Cesare Dandini. He studied etching under Remigio Cantagallina, who had also been the instructor of Jacques Callot. Della Bella's early prints are very similar to those of Callot. The patronage of the Medicis enabled Della Bella to live and study for six years in Rome, living in the Medici palace, producing vedute and drawings of antiquities as well as crowded images of public occasions in a series of sketchbooks. Many of these images were later turned into prints. He also made trips to Florence to record and assist the court festivities of the Medici. In this period Della Bella's style developed from Mannerist to Baroque.


In Rome, Della Bella created a series of six prints forming a long, 2.5-meter panel, showing the Polish Ambassador’s Ceremonial Entry into Rome in 1633. He also created a number of prints of views of Rome.


In 1639, Della Bella went to Paris and lived there until 1650. He adapted his style to French tastes, and was influenced by Rembrandt and other Dutch print makers. Della Bella made trips to Holland and North Africa.


The majority of Della Bella's prints date from the years in Paris; he had arrived four years after the death of Callot, and was already known to important French publishers. In 1641 Cardinal Richelieu sent him to Arras to make drawings for prints of the siege and taking of that town by the royal army, and in 1644 Cardinal Mazarin commissioned four sets of educational playing cards for the young Louis XIV. His ornament prints were very innovative, seeming to look forward to the Rococo.


Della Bella also engraved views of Paris, including a very large print of the Pont Neuf, looking south from the entrance of the Place Dauphine, with topographically accurate depictions of the buildings south of the bridge on the banks of the Seine, such as the Church of Saint-Germain l'Auxerrois, the Petit Bourbon and the Louvre Palace on the right bank and the Hôtel de Nevers, the Tour de Nesle, and in the distance, the Abbey of Saint-Germain-des-Prés, on the left. The road over the bridge and in front of the central platform with the statue of Henri IV is crowded with carriages, wagons, people, and animals. Among the 451 distinct figures are beggars, gypsies, hurdy-gurdy players, children and tooth-pullers, with horses, donkeys, dogs, and even a lamb.


French anti-Italian feeling during the Fronde, and the death of Mazarin probably forced della Bella's return to Florence, where he obtained a pension from the grand duke, whose son, Cosimo III de Medici, he instructed in drawing. He continued to send plates to Paris publishers. Della Bella is known to have illustrated some discoveries for Galileo, and depicted Hansken the famous elephant, when dead. In his final years he produced a number of prints experimenting with tonal effects, though these were little known at the time; he had long made much use of wash in his drawings, and was now attempting with considerable success to achieve similar effects in etching, though only a few good impressions could be taken from the plate. In 1661 he appears to have suffered a stroke, after which he produced little work.