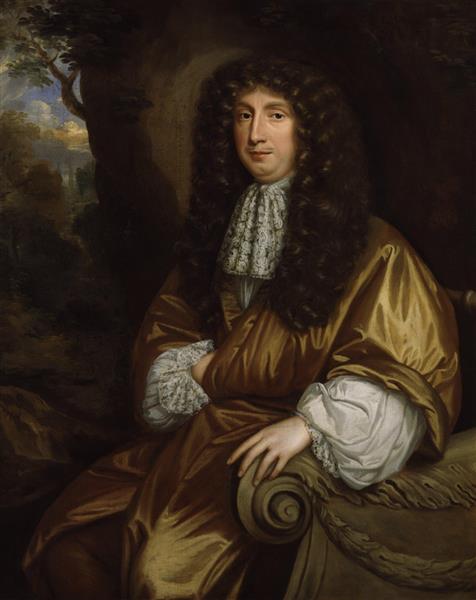 Savile was born in Thornhill, West Yorkshire, the eldest son of Sir William Savile, 3rd Baronet and his wife Anne Coventry, eldest daughter of Lord Keeper Thomas Coventry, 1st Baron Coventry. His father distinguished himself in the civil war in the royalist cause and died in 1644. Savile was also the nephew of Sir William Coventry, who is said to have influenced his political opinions, and of Lord Shaftesbury, afterwards his most bitter opponent, and great-nephew of the Earl of Strafford. He was the great-grandson of Sir George Savile of Lupset and Thornhill (created baronet in 1611). He was educated at Shrewsbury School in 1643 while his mother was staying with a sister in Shropshire. He later travelled in France, where he attended a Huguenot academy in Paris, stayed in Angers and Orleans, in Italy and in the Netherlands, and was also believed to have been educated in Geneva. He returned to England by 1652.

In 1660, Savile was elected Member of Parliament for Pontefract in the Convention Parliament, and this was his only appearance in the Lower House. In the same year he was made Deputy Lieutenant for the county of Yorkshire and Colonel of a foot regiment in the Yorkshire Militia.

The Duke of York sought a peerage for him in 1665, but was successfully opposed by Clarendon, on the ground of his "ill-reputation amongst men of piety and religion." The chancellor’s real motives may have been Savile’s connection with Buckingham and Coventry. The honors were, however, only deferred for a short time and were obtained after the fall of Clarendon on 31 December 1667, when Savile was created Baron Savile of Eland and Viscount Halifax.

In 1667 he was commissioned Captain to raise a troop in Yorkshire for Prince Rupert's Regiment of Horse.

Halifax supported zealously the anti-French policy formulated in the Triple Alliance of January 1668. He was created a privy councillor in 1672, and, while it is believed that he was ignorant of the secret clauses in the Treaty of Dover, was chosen envoy to negotiate terms of peace with Louis XIV and the Dutch at Utrecht. His mission was still further deprived of importance by Arlington and Buckingham (who were in the king's counsels), who anticipated his arrival and took the negotiations out of his hands. Though he signed the compact, Halifax claimed no share in the harsh terms imposed upon the Dutch, and henceforth became a bitter opponent of the policy of subservience to French interests and of the Roman Catholic claims.

Halifax took an active part in Parliament's passage of the Test Act of 1673, and thereby forfeited his friendship with James. In 1674 he brought forward a motion for disarming "popish recusants," and supported one by Lord Carlisle for restricting the marriages in the royal family to Protestants; but he opposed the bill introduced by Lord Danby in 1675, that imposed a test oath on officials and members of parliament, speaking "with that quickness, learning and elegance that are inseparable from all his discourses," and ridiculing the multiplication of oaths, since "no man would ever sleep with open doors. . . should all the town be sworn not to rob." He was now on bad terms with Danby, and a witty sally at that minister’s expense caused his dismissal from the council in January 1676.