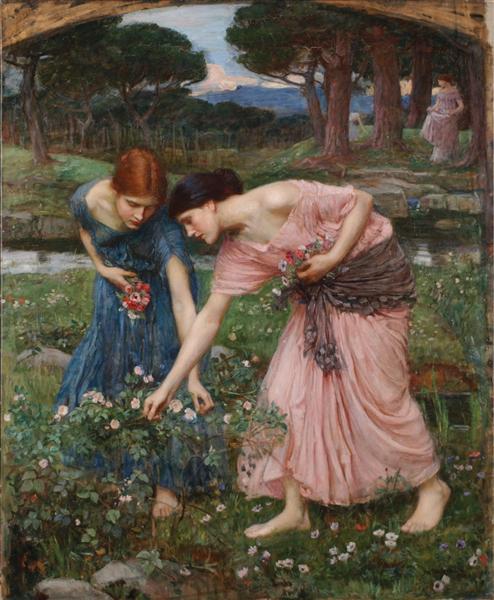 Gather Ye Rosebuds While Ye May

Gather Ye Rosebuds While Ye May is an oil painting on canvas created in 1909 by British Pre-Raphaelite artist, John William Waterhouse. It was the second of two paintings inspired by the 17th century poem "To the Virgins, to Make Much of Time" by Robert Herrick which begins:

The artwork was valued at $1.75-2.5 million by Sotheby's prior to auction in April 2007, although the painting went unsold.

Lost for nearly a century, this painting was in an old Canadian farmhouse bought by a couple who requested the painting stay with the house because "It looked nice on the wall." They had no idea of its worth. When they took it to an art dealer to be appraised nearly 30 years later, he "nearly fell off his chair." Nobody knows how the painting ended up in the Canadian farmhouse