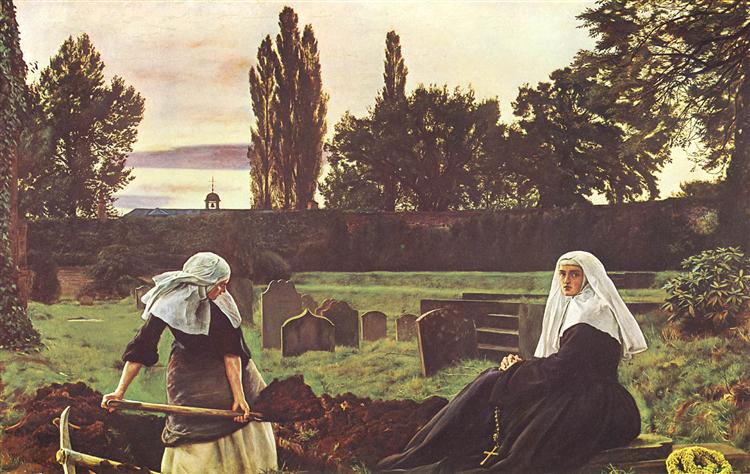 The Vale Of Rest

The painting is of a graveyard, as night is coming on. Beyond the graveyard wall there is a low chapel with a bell. In the foreground of the scene, there are two nuns – the heads of the two nuns are level and symmetrical. They are Roman Catholic nuns, one of the nuns holds a rosary, and one of the nuns is digging a grave. Her forearm and body strain under the weight of a shovelful of earth. The other, overseeing the work, turns with a look of apprehension and anguish.

The painting is one of those satirised in Florence Claxton's watercolour The Choice of Paris – an idyll (1860). Claxton criticized "the perceived ugliness of early pre-Raphaelite paintings by exaggerating details from many of their works, including The Vale of Rest, Claudio and Isabella, and, lying in the grass, Alice Gray from Spring"