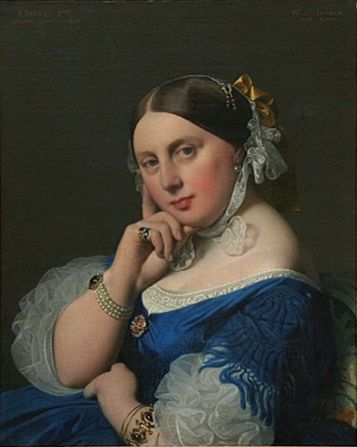 Portrait of Madame Ingres is a late period oil on canvas painting by the French Neoclassical artist Jean-Auguste-Dominique Ingres, completed in 1859. Depicting his second wife Delphine Ramel (he was widowed in 1849), it is Ingres' final painted portrait, apart from two self-portraits. It was probably painted to accompany Ingres's self-portrait of the same year, now in the Fogg Art Museum, Boston.

Delphine was the daughter of Dominique Ramel (1777–1860), and the niece of Charles Marcotte d'Argenteuil. She is presented as warm and engaging, devoid of the upper class pretensions that marked most of his other later period female portraits. Ingres depicted her in the same pose in a drawing dated 1855 in the Fogg Art Museum.