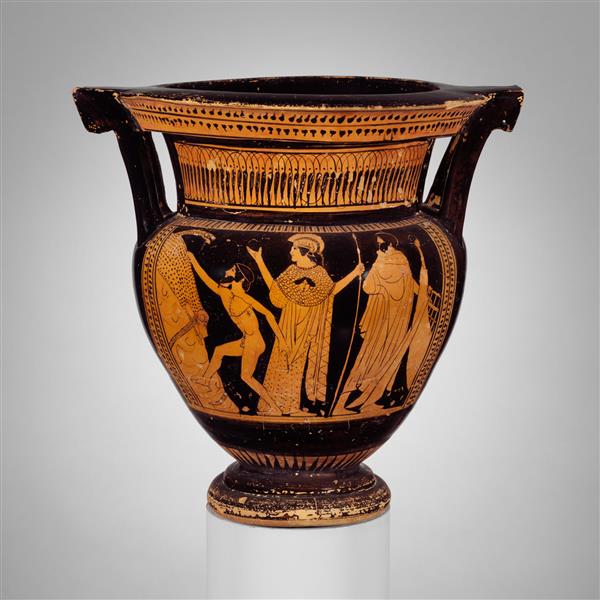 Obverse, Jason about to seize the Golden Fleece, the stern of the Argo at the right. Reverse, woman between two youths

Jason led the Argonauts, a band of adventurers who set out on the ship Argo to steal the magical golden fleece of a ram, which was preserved in Kolchis on the Black Sea. With the help of the gods and the sorceress Medea, Jason was able to take the fleece from a grove protected by a dragon. Here, with Athena beside him, he reaches for the fleece. A companion prepares to board the ship.
The basis of the legend of the Golden Fleece is probably the ancient practice of extracting alluvial gold by causing the deposits in a stream to wash over a fleece, thereby catching the gold-bearing material in the curly pelt.

Attributed to the Orchard Painter