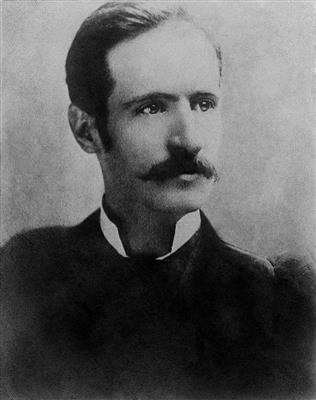 
Ralph Blakelock was born in New York City on October 15, 1847. His father was a successful physician. Blakelock initially set out to follow in his footsteps, and in 1864 began studies at the Free Academy of the City of New York (now known as the City College). He dropped out after his third term, opting to forgo formal education. From 1869–72 he traveled alone through the American West, wandering far from American settlements and spending time among the American Indians. Largely self-taught as an artist, he began producing competent landscapes, as well as scenes of Indian life, based on his notebooks he filled while traveling and on his personal memories and feelings. Blakelock's works were exhibited in the National Academy of Design.


In 1877 Blakelock married Cora Rebecca Bailey; they had nine children. In art, Blakelock was a genius, yet, in business dealings and in monetary transactions he proved a failure. He found it difficult, if not crushing to maintain and support his wife and children. In desperation he found himself selling his paintings for extremely low prices, far beneath their known worth. In hopes of lifting his family from abject poverty, reportedly on the day his 9th child was born, Blakelock had offered a painting to a collector for $1000. The collector made a counter offer and after refusing the proposed sum Blakelock found himself in a bitter argument with his wife. After the domestic dispute, Blakelock returned to the patron and sold the painting for a much lesser sum. Defeated and frustrated, it is said he broke down and tore the cash into pieces. And so it was after such repeated failed business transactions that he began to suffer from extreme depression and eventually show symptoms of mental frailty.


Blakelock suffered his first mental breakdown in 1891, while living with his brother in Greenpoint, Brooklyn. For financial assistance, he began selling his paintings, including 30 to 40 to vaudeville performer Lew Bloom between 1889 and 1892. His depression manifested in schizophrenic delusions in which he believed himself immensely wealthy – perhaps a compensation for his long struggle to provide for his family. In 1899, he suffered his final breakdown and spent almost the entire remaining twenty years of his life in mental institutions.


Almost as soon as Blakelock went into the first psychiatric hospital, his works began to receive recognition. Within a few years the paintings he had once sold for next to nothing were resold for several thousand dollars. In 1916, Blakelock was made an Academician of the National Academy of Design. Meanwhile, Blakelock languished in the mental asylum of Middletown State Homeopathic Hospital, whose administration and staff were unaware of his fame as an artist, and who viewed his belief that his paintings were in major museums as one more sign of his illness. While confined he continued to paint in ink, painting on the backs of cardboard and various supports, substituting bark and his own hair for brushes.