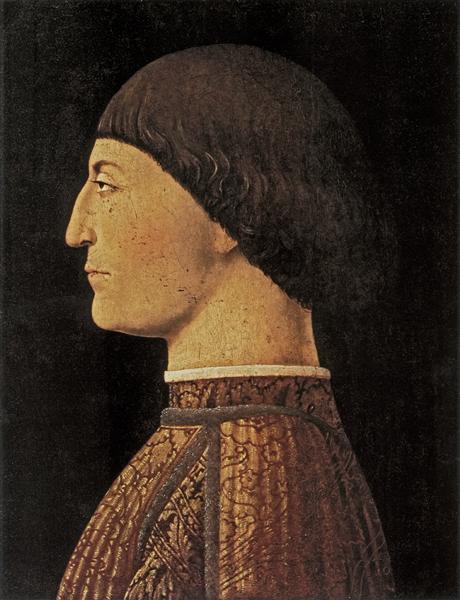 The portrait depicts the condottiero by profile and, according to some sources, was based on a medal executed in 1445 by Pisanello, or to one by Matteo de' Pasti from 1450. The picture itself was executed by Piero della Francesca during his sojourn in Rimini, during which he also painted the fresco with Sigismondo Pandolfo kneeling after St. Sigismund in the Tempio Malatestiano (Cathedral) of the city.

Despite the choice of the profile representation, typical of the portraits of eminent figures of the type, Piero della Francesca showed his attention for naturalist details in the fine execution of the texture and the hair of the committent. This is a proof of his good knowledge of Flemish masters such as Rogier van der Weyden.