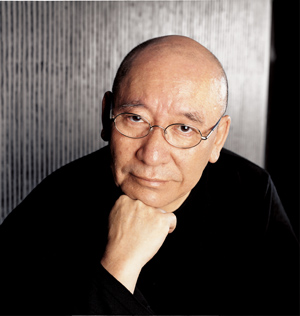 Park was born in 1931 in Yecheon, Gyeongbuk, South Korea. While he spent his childhood in Yecheon, he soon moved out to Seoul where he studied at the Hong-Ik University, Seoul, South Korea before graduating in 1954 and in 2000 he received an honorary doctorate from the same institution. He is most famous for his Ecriture series which he began in the 1970s.

He founded the Seo-bo Art and Cultural Foundation, Seoul in 1994 and remains its president.

Park's visual language begins with the Korean Civil War in 1950. He had only just entered Hong-Ik University to study art, but instead the interruption of war brought about what one might call a "crash-course". He said many times, "Just imagine, I had to do all the things that Dada did, plus what the post-war abstraction artists did - there are some things you cannot do anything about in life - but I guess it was just my fate."

In a similar vein to Paul Klee's famous words, "The more horrifying this world becomes (as it is these days) the more art becomes abstract", Park turned toward abstraction in the 1950s. None of his works from the early days of his career were preserved, and only a photograph of his work, Sunny Spot (1955) remains. The artwork was part of an infamous exhibition titled Four Artists' Show in May 1956, which was a group exhibition composed of Park, Kim Young Whan, Kim Choong Sun and Moon Woo Shik. The show was a resistance against the old art order in Korea that had its roots since the Japanese colonial days.

Park and his tutelage of artist friends founded Hyundae-Mihyup in 1957. Bang Geun Tack, who will later become a well-known art critic in Korea, recognized Hyundae-Mihyup's art as Informel.

Cheon Seung-Bok, a journalist for the Korean Republic, describes Park's artistic style as such:

"In a grammatical sense, I must say that it is hard to call his work painting, for he is a conscious action painter who tackles curious metal and chemical material and not much real paint, which is too dear for him to use. But to say that action painting like his is recondite,and therefore it is not painting, is like saying that advanced mathematics like differential calculus is not in the field of mathematics.

Seo-Bo never buys normal canvases.Instead, he goes out to a scrap shop in an odd corner of the East Gate second-hand market where he picks up a large patch of used tent canvas. This canvas material is usually full of dust and holes but the price is very reasonable for this artist who can hardly sell even one painting a year.

How does he paint a picture? A maggot in his head bites while he rasps dust off the home-made canvas. Then he needles some pieces of used hemp cloth onto the canvas, cements them, pastes copper or bronze powder, burns the surface with a torch lamp, and then corrodes parts of it with chemicals. The result is a complex of material in greyish black, white and on some spots, shimmering red, and this bears an air of mystery that conveys something like the undecipherable signature of a shaman.People complain that paintings like his are hardly understandable.