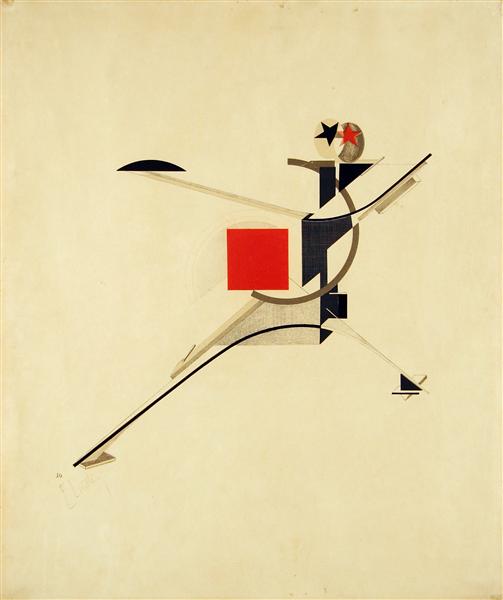 Constructivism was an artistic and architectural philosophy that originated in Russia beginning in 1913 by Vladimir Tatlin. This was a rejection of the idea of autonomous art. He wanted 'to construct' art. The movement was in favour of art as a practice for social purposes. Constructivism had a great effect on modern art movements of the 20th century, influencing major trends such as the Bauhaus and De Stijl movements. Its influence was pervasive, with major effects upon architecture, graphic design, industrial design, theatre, film, dance, fashion and to some extent music.

The term Construction Art was first used as a derisive term by Kazimir Malevich to describe the work of Alexander Rodchenko in 1917. Constructivism first appears as a positive term in Naum Gabo's Realistic Manifesto of 1920. Aleksei Gan used the word as the title of his book Constructivism, printed in 1922. Constructivism was a post-World War I development of Russian Futurism, and particularly of the 'counter reliefs' of Vladimir Tatlin, which had been exhibited in 1915. The term itself would be invented by the sculptors Antoine Pevsner and Naum Gabo, who developed an industrial, angular style of work, while its geometric abstraction owed something to the Suprematism of Kazimir Malevich.

Constructivism as theory and practice was derived largely from a series of debates at INKhUK (Institute of Artistic Culture) in Moscow, from 1920–22. After deposing its first chairman, Wassily Kandinsky, for his 'mysticism', The First Working Group of Constructivists (including Liubov Popova, Alexander Vesnin, Rodchenko, Varvara Stepanova, and the theorists Aleksei Gan, Boris Arvatov and Osip Brik) would develop a definition of Constructivism as the combination of faktura: the particular material properties of an object, and tektonika, its spatial presence. Initially the Constructivists worked on three-dimensional constructions as a means of participating in industry: the OBMOKhU (Society of Young Artists) exhibition showed these three dimensional compositions, by Rodchenko, Stepanova, Karl Ioganson and the Stenberg brothers. Later the definition would be extended to designs for two-dimensional works such as books or posters, with montage and factography becoming important concepts.

As much as involving itself in designs for industry, the Constructivists worked on public festivals and street designs for the post-October revolution Bolshevik government. Perhaps the most famous of these was in Vitebsk, where Malevich's UNOVIS Group painted propaganda plaques and buildings (the best known being El Lissitzky's poster Beat the Whites with the Red Wedge (1919)). Inspired by Vladimir Mayakovsky's declaration 'the streets our brushes, the squares our palettes', artists and designers participated in public life during the Civil War. A striking instance was the proposed festival for the Comintern congress in 1921 by Alexander Vesnin and Liubov Popova, which resembled the constructions of the OBMOKhU exhibition as well as their work for the theatre. There was a great deal of overlap during this period between Constructivism and Proletkult, the ideas of which concerning the need to create an entirely new culture struck a chord with the Constructivists. In addition some Constructivists were heavily involved in the 'ROSTA Windows', a Bolshevik public information campaign of around 1920. Some of the most famous of these were by the poet-painter Vladimir Mayakovsky and Vladimir Lebedev.