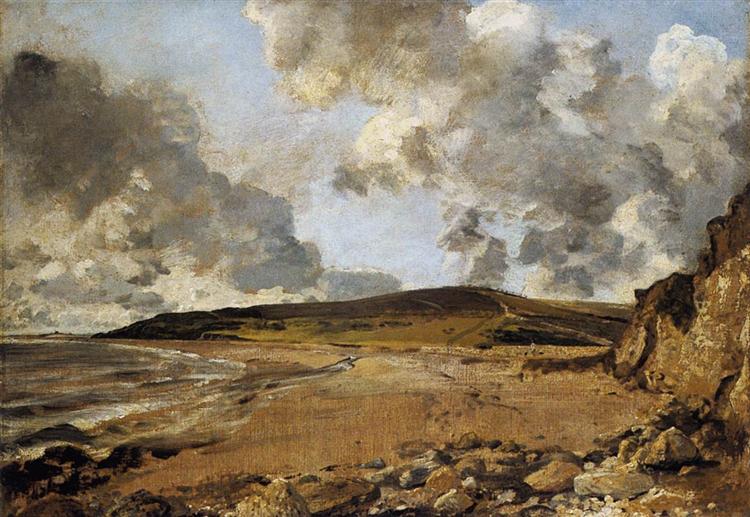 In October 1816, Constable spent his honeymoon at the village of Osmington near the seaside town of Weymouth in Dorset. The idea for this painting dates from this period. The painting shows a view of Weymouth Bay on the south coast of England, looking west. The painting includes Bowleaze Cove, Jordan Hill. and the small Jordan River flowing over the beach, with Furzy Cliff behind. Beyond that in the far distance is the beach at Greenhill.

A larger version of the painting called Osmington Shore was exhibited by Constable at the British Institution in 1819.