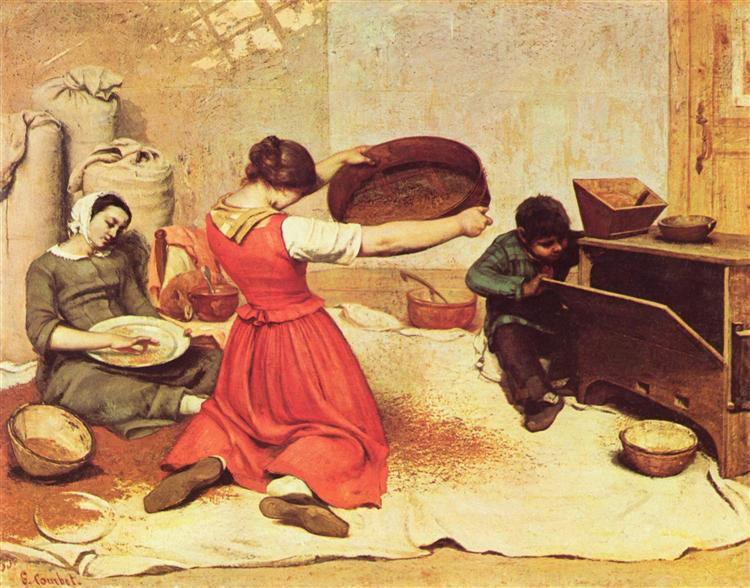 The Wheat Sifters is an example of the simple realism that Courbet used in his work. Unlike paintings in the Romantic style, this painting does not employ perfection of line and form. It instead illustrates the unclean walls, bored look on the face of the laying woman, and the disheveled hair of the curious boy. As Courbet used actual figures for his paintings, it is said that the two women in the painting are his two sisters Zoe and Juliet, and the boy is actually his illegitimate son, Desire Binet. It was first exhibited in 1855 at the Salon of Paris, and later in 1861, when it was purchased for the Musee des Beaux-Arts of Nantes.

The Wheat Sifters (Les Cribleuses de Blé) is an 1854 painting by Gustave Courbet.

It was exhibited at the Salon of 1855 in Paris, then in 1861 at the ninth exhibition of the Society of Friends of the Art of Nantes, which then bought the painting for the Musée des Beaux-Arts de Nantes.

Both young women are probably the two sisters of Courbet: Zoe (in the center) and Juliet (seated). The boy could be Désiré Binet, the illegitimate son of the painter.