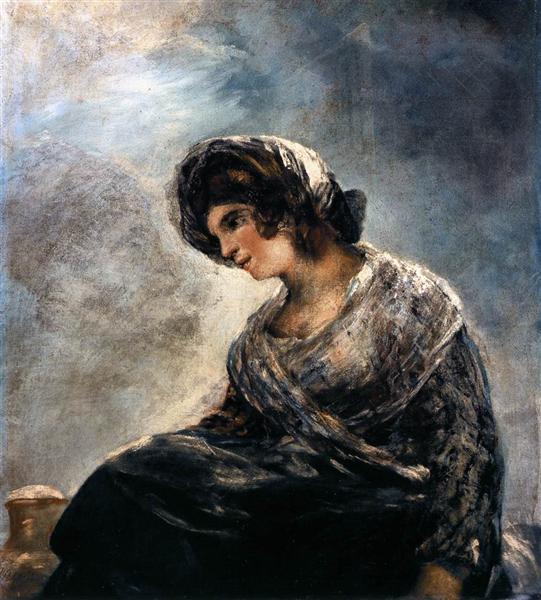 The Milkmaid of Bordeaux

The Milkmaid of Bordeaux (Spanish: La lechera de Burdeos) is an oil-on-canvas painting completed between 1825 and 1827, generally attributed to the Spanish artist Francisco Goya (1746–1828).

Although the picture is held in great esteem and widely admired by critics and the public, doubt has been cast by art historians as to whether it is an actual Goya. If authentic then it is likely a portrait of either Rosario Weiss, or more likely, her mother Leocadia Weiss—the artist's nurse during the last years of his life. Leocadia cared for Goya in exile in Bordeaux, where he settled to live among politically liberal friends.

Following his death, the painting was willed to his last child, Javier (b. 1784). Financial difficulties a year later forced him to sell it to Juan Bautista de Muguiro, a distant relative. Muguiro's descendants donated the work to the Museo del Prado in 1946, where it remains a popular exhibit at the gallery, despite doubts as to its origin.

Rosario was later a painter, and it is sometimes claimed that she may have been the creator of this work. However, when compared to the relatively amateur works of hers held in the Academia de San Fernando, it is generally considered highly unlikely.