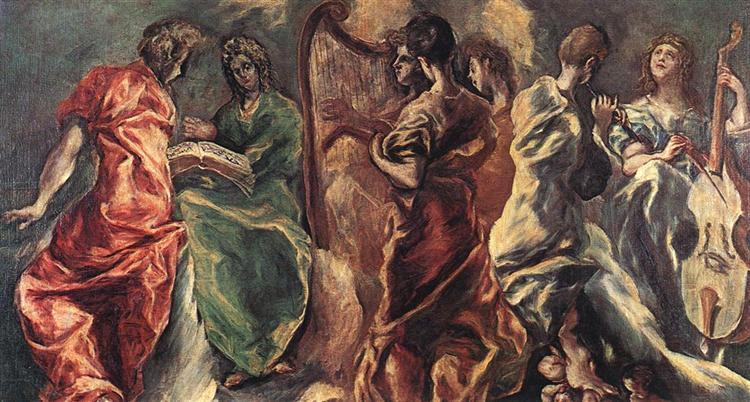 Concert of Angels is a work of El Greco in oil on canvas from 1608, during his last period in Toledo, Spain. It is exhibited at the National Gallery in Athens.

It appears to be a working study for the Annunciation at the chapel of the Hospital de Tavera. It is not an independent composition but a study for the lower part of the whole. It shows a celestial choir of angels, some of them with their backs to the viewer. The very extended heads and the anatomy of the characters show the influence of Michelangelo, though there are probably retouchings by Jorge Manuel Theotocópuli, the son of the painter.