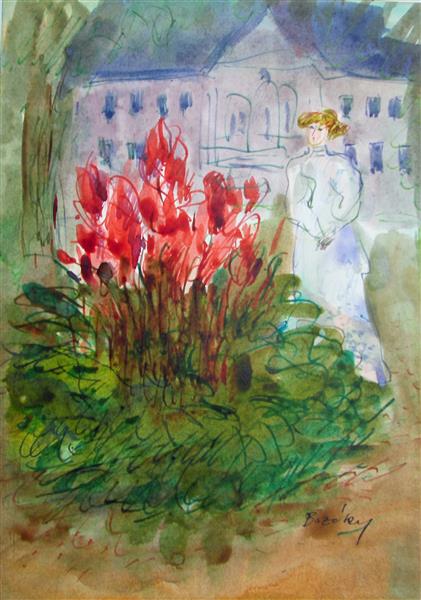 Marcel PROUST, (1871-1922) French novelist, author of "À la recherche du temps perdu" earlier rendered as " Remembrance of Things Past" (In Search of Lost Time) (1913–27) a seven-volume novel based on Proust’s life told psychologically and allegorically. (britannica.com)
PROUST is considered by critics and writers to be one of the most influential authors of the 20th century.
The Duchesse de Guermantes, who has a property near Combray, leads a brilliant social life in Paris.