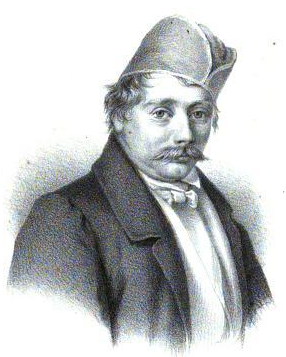 In 1840, he married Cecilia Catharine Andresen (1817–1888). She was the daughter of his benefactor, banker Nicolai Andresen (1781–1861), who founded what became the Andresen Bank, one of Norway's largest commercial banks of its time. In the autumn of 1841, the couple went to Amsterdam for the birth of their only child, Thomas Nicolay Fearnley (1841-1927), who became a Norwegian shipping magnate. His grandsons were shipping magnate Thomas Fearnley (1880–1961) and land owner N. O. Young Fearnley. His descendants founded the Astrup Fearnley Museum of Modern Art in 1993.

Thomas Fearnley attended National Cadet Corps (Landkadettkorpset) 1814-1819. He was a student of the Norwegian National Academy of Craft and Art Industry (Den kongelige Tegneskole) (1819-1821), Art Academy (Kunstakadamie) in Copenhagen (1821-1823) and the Art Academy (Konstakadamien) in Stockholm (1823–27) under Carl Johan Fahlcrantz.

Fearnley left Copenhagen bound for Stockholm in the autumn of 1823 to complete a painting commissioned by Crown Prince Oscar of Norway and Sweden. He received several orders from the Swedish royal family and from other members of the royal court including Swedish Count Gustaf Trolle-Bonde. He conducted study tours in Norway (1824-1826), at which time he met Johan Christian Dahl in Sogn. After another stay in Copenhagen from (1827-1828) and a new Norwegian-trip in the autumn of 1828 he went to Germany and was a student of Dahl in Dresden (1829-1830) as well as befriending the German painter Joseph Petzl and the German-Danish painter Friedrich Bernhard Westphal. He lived in Munich (1830–32).

Fearnley traveled extensively in the 1830s visiting Munich, Paris, London, Hull and the English Lake district. During September 1832, he went from Venice to Rome and visited Sicily the following summer. He mostly painted in small towns south of Naples: Castellammare, Amalfi, Sorrento, Capri and in Switzerland: Meiringen, Grindelwald. He went to Paris in the summer of 1835 and visited London the next year. During the summer of 1839 he was on a study tour to the Sognefjord and Hardangerfjord, together with the German painter Andreas Achenbach.

Fearnley's paintings alternate between oil sketches and larger, composed landscapes meant for exhibition. His large studio compositions have a cool monumental attitude with a taste for the powerful and wildly romantic in the favorite motifs, wilderness and waterfalls, and with a strong emphasis on the image's architectural structure. The National Gallery in Oslo owns a total of 54 of his smaller pictures and sketches and also a series of drawings. Notable works in this collection include Labrofossen (1837), Grindelwaldgletsjeren (1838) and Slinde Birken (1839). Other notable collections are located in the Bergen Kunstmuseum and the Nationalmuseum in Stockholm.