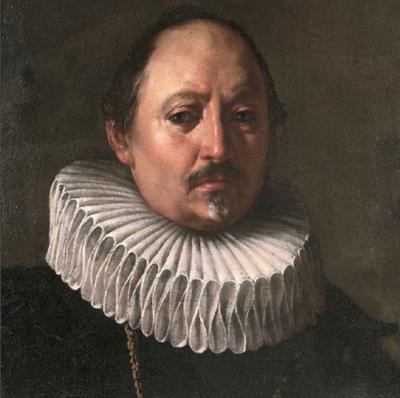 Riminaldi was born and died in Pisa.

He was in Pisa first a pupil of the little known painter Rainero Alberghetti, and later studied with Aurelio Lomi. No works from his early period survive. He moved to Rome sometime between 1610 and 1620. Here he underwent the influence of the Caravaggist movement most likely through Orazio Gentileschi, Domenichino, Bartolomeo Manfredi but also from Simon Vouet.

An early work entitled Samson Killing the Philistines, which he painted for the Cathedral of Pisa and completed in May 1622 shows the influence of Giovanni Lanfranco and Guido Reni of the Emilian school of painting, combined with the naturalistic Caravaggesque style that he had developed in Rome. His knowledge of the work of contemporary French artists working in Rome is also evident in certain paintings attributed to him, such as the Daedalus and Icarus, known in three versions (one of which is in the Wadsworth Atheneum).

He clearly was also active as a portrait artist. He painted a portrait of Curzio Ceuli (c. 1627, private collection in Florence) in a Caravaggesque style not unlike that of Orazio Gentileschi and Valentin de Boulogne.

He died suddenly in 1630 in Pisa of the plague. His Assumption of the Virgin for the Cathedral of Pisa was completed posthumously by his brother Girolamo.