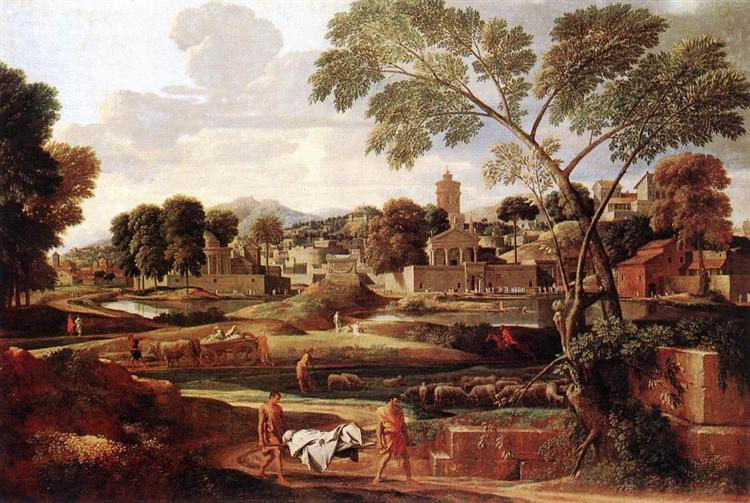 Landscape with the Funeral of Phocion

Three versions of the painting are known. These are now housed in The Louvre, Paris; National Museum Cardiff and the collections of the Glass House in New Canaan, Connecticut, United States.

In the same year Poussin painted a companion piece to The Funeral of Phocion, Landscape with the Ashes of Phocion.