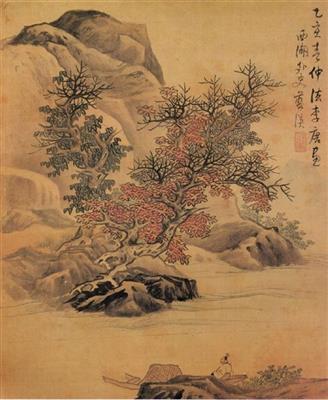 Lan was born in Hangzhou in the Zhejiang province. His style name was 'Tianshu' (田叔), and his pseudonyms were 'Diesou' (蜨叟), 'Shi Toutuo' (石頭陀), and Dongguo laoren'. Lan's painting followed the style of Huang Gongwang and Wu Zhen. Lan was trained at the Painting Academy of the South Song Dynasty. Lan's son Lan Yu and grandson Lan Shen also grew up to be painters.