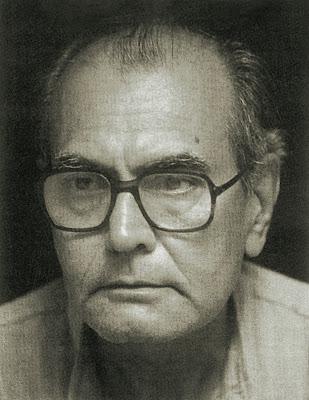 Jyotindra Manshankar Bhatt (12 March 1934) Better Known as Jyoti Bhatt', is an Indian artist best known for his modernist work in painting and printmaking and also his photographic documentation of rural Indian culture. He studied painting under N. S. Bendre and K.G. Subramanyan at the Faculty of Fine Arts, Maharaja Sayajirao University (M.S.U.), Baroda. Later he studied fresco and mural painting at Banasthali Vidyapith in Rajasthan, and in the early 1960s went on to study at the Academia di Belle Arti in Naples, Italy, as well the Pratt Institute in New York.[1]

Bhatt moved from a cubist influence in his early work, to a lighthearted and colorful Pop art that often drew its imagery from traditional Indian folk designs. Though Bhatt worked in a variety of mediums, including watercolors and oils, it is his printmaking that ultimately garnered him the most attention. In 1966 Bhatt returned to M.S.U. Baroda with a thorough knowledge of the intaglio process that he had gained at the Pratt Insttute at Brooklyn in New York. It was partially Bhatt’s enthusiasm for intaglio that caused other artists such as Jeram Patel, Bhupen Khakhar and Gulammohammed Sheikh, to take up the same process. Bhatt, and his compatriots at the Faculty of Fine Arts in Baroda, soon came to be known as "The Baroda School" of Indian art.

Late in the 1960s Bhatt was asked to take photographs of Gujarati folk art. Initially this work was done for a seminar, but it soon became one of the artist’s passions to document traditional Indian craft and design work. The disappearing arts of rural Gujarat became a focus. Though Bhatt’s investigations into village and tribal designs certainly influenced the motifs he used in his printmaking, Bhatt considers his documentary photographs to be an art form in themselves. His direct and simply composed photographs have become valued on their own merit.

Throughout Bhatt’s long career as a teacher at the M.S.U. Faculty of Fine Arts, he has photographed the evolution of the university, the artistic activities of its faculty and students, and the architecturally significant buildings of Baroda. This huge body of work is perhaps the best assembled photographic documentation that pertains to "The Baroda School" of Indian art.

It is Jyoti Bhatt’s prints, however, that are most associated with the artist. His etchings, intaglios, and screen prints have explored and re-explored a personal language of symbols that stem from Indian culture: the peacock, the parrot, the lotus, stylized Indian gods and goddesses, and unending variations on tribal and village designs. Recently he has explored digital printing and holography.

His work is in numerous international collections, including the Museum of Modern Art, New York, The Smithsonian Institution, Washington D.C., and The British Museum, London.