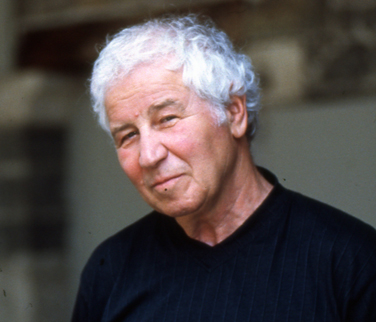 Ilya Kabakov (Russian: Илья́ Ио́сифович Кабако́в; born September 30, 1933), is a Russian - American conceptual artist, born in Dnipropetrovsk in what was then the Ukrainian SSR of the Soviet Union. He worked for thirty years in Moscow, from the 1950s until the late 1980s. He now lives and works on Long Island.

Throughout his forty-year plus career, Kabakov has produced a wide range of paintings, drawings, installations, and theoretical texts — not to mention extensive memoirs that track his life from his childhood to the early 1980s. In recent years, he has created installations that evoked the visual culture of the Soviet Union, though this theme has never been the exclusive focus of his work. Unlike some underground Soviet artists, Kabakov joined the Union of Soviet Artists in 1959, and became a full member in 1965. This was a prestigious position in the USSR and it brought with it substantial material benefits. In general, Kabakov illustrated children's books for 3–6 months each year and then spent the remainder of his time on his own projects.

By using fictional biographies, many inspired by his own experiences, Kabakov has attempted to explain the birth and death of the Soviet Union, which he claims to be the first modern society to disappear. In the Soviet Union, Kabakov discovers elements common to every modern society, and in doing so he examines the rift between capitalism and communism. Rather than depict the Soviet Union as a failed Socialist project defeated by Western economics, Kabakov describes it as one utopian project among many, capitalism included. By reexamining historical narratives and perspectives, Kabakov delivers a message that every project, whether public or private, important or trivial, has the potential to fail due to the potentially authoritarian will to power.

Ilya Kabakov was born on September 30, 1933 in Dnipropetrovsk, Ukrainian Soviet Socialist Republic. His mother, Bertha Solodukhina, was Jewish. Ilya was evacuated during World War II to Samarkand with his mother. There he started attending the school of the Leningrad Academy of Art that was evacuated to Samarkand. His classmates included the painter Mikhail Turovsky.

From 1945 to 1951, he studied at the Art School, Moscow; in 1957 he graduated from V.I. Surikov State Art Institute, Moscow, where he specialized in graphic design and book illustration.

In 1959, Kabakov became a "candidate member" of the Union of Soviet Artists (he later became a full member in 1965). This status secured him a studio, steady work as an illustrator and a relatively healthy income by Soviet standards. He recalls that he was "rich" compared to most Soviets.

Kabakov, as a book illustrator and official artist, was able to produce his "private" artwork in his official studio. Between 1953-1955 Kabakov began making his first unofficial works, which he called "drawings for myself." The phrase "drawings for myself" serves as a title for the works and an explanation. None of these early projects amounted to more than sketches on paper. They were never titled, and they were often similar in style to his book illustrations. Throughout his career the tension between official labor and unofficial art would haunt Kabakov.