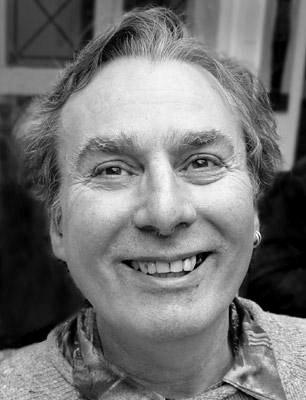 Godfrey Blow (born 6 October 1948) is an artist based in Kalamunda, Western Australia. He is the founder of the Perth Stuckists.

Godfrey Blow was born in North Hykeham, Lincolnshire, England on the same day as fellow Stuckist artist, Eamon Everall. After attending Sheffield Hallam University where he gained a BA Hons degree and Manchester Metro University, where he qualified as a teacher, Blow emigrated to Australia in 1982. Since then he has made his living by teaching and through his artwork. More recently the emphasis has been on his art, as his work has increasingly become a featured part of private and public collections in Australia, including Artbank, The Art Gallery of Western Australia, University of Western Australia and the collections of the cities of Bunbury, Albany and Fremantle.

In 2001 Judith McGrath reviewed his 2001 solo show at The Church Gallery:

He first joined the Stuckists in 2002, when he founded the Perth Stuckists after a conversation with Stuckism founder, Charles Thomson. Since then he has exhibited with the group, most notably in their landmark exhibition, The Stuckists Punk Victorian at the Walker Art Gallery during the 2004 Liverpool Biennial. He is also one of the featured artists exhibiting in the Triumph of Stuckism; an exhibition of new Stuckist paintings curated by Naive John, which comprises part of Liverpool's 2006 Biennial.

His highly finished paintings are worked on over many months, and draw mainly from the often arid and rocky landscape which surrounds his home. In his use of hot, earth colours and crisp detail, he is quintissentially an Australian artist pursuing typically Australian themes. In October 2006, Blow was a finalist in Australia's richest award for landscape painting, the Fleurieu Peninsula Biennale Art Prize.