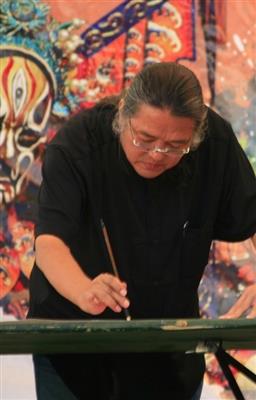 Dayou has published more than 20 personal art albums in recent years, and more than 100 artworks have been included in newspapers and comprehensive albums. Dayou's works have participated in many domestic and international art exhibitions and won awards. His works have been collected by domestic and foreign art galleries, museums, collection institutions and individuals. Some works were presented by the government as a national gift to leaders of other countries and regions. In 2002, he was awarded the "Outstanding Chinese Painting Talent" by the Ministry of Personnel of P.R. China.