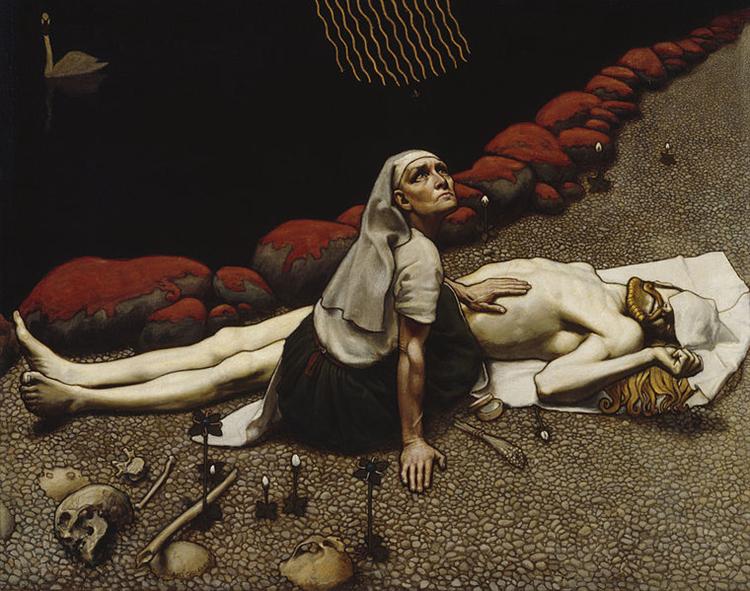 Lemminkäinen's Mother (Lemminkäisen äiti) is an 1897 Romantic nationalist painting by Finnish painter Akseli Gallen-Kallela. The painting illustrates a passage from the Kalevala, the Finnish national epic compiled by Elias Lönnrot in the 19th century.

The painting illustrates a poem where hero Lemminkäinen has died and his mother has dredged the pieces of her son's lifeless body from the river of Tuonela and sewn them together again. She is shown with the body in pietà style, waiting for the bee, a messenger of the god Ukko, to bring her honey from the gods to bring her son to life again.