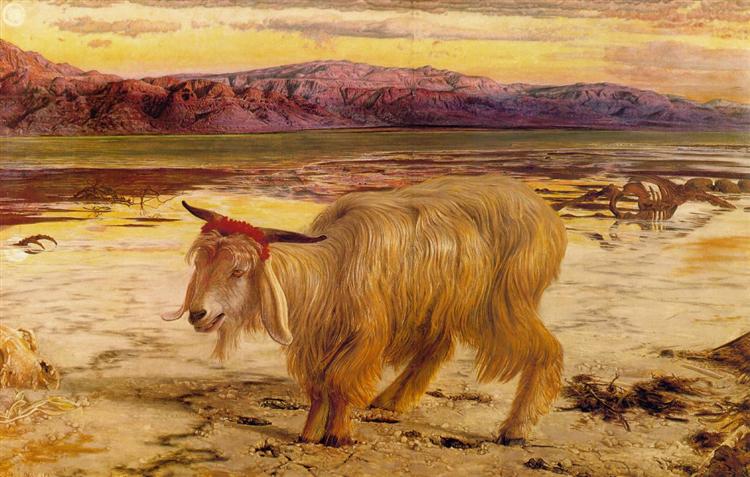 The Scapegoat depicts the "scapegoat" described in the Book of Leviticus. On the Day of Atonement, a goat would have its horns wrapped with a red cloth - representing the sins of the community - and be driven off.
He started painting on the shore of the Dead Sea, and continued in his studio in London. The work exists in two versions, a small version in brighter colours with a dark-haired goat and a rainbow, held by Manchester Art Gallery, and a larger version in more muted tones with a light-haired goat held by the Lady Lever Art Gallery in Port Sunlight.
The painting was the only major work completed by Hunt during his first trip to the Holy Land, to which he had travelled after a crisis of religious faith. Hunt intended to experience the actual locations of the Biblical narratives as a means to confront the relationship between faith and truth.