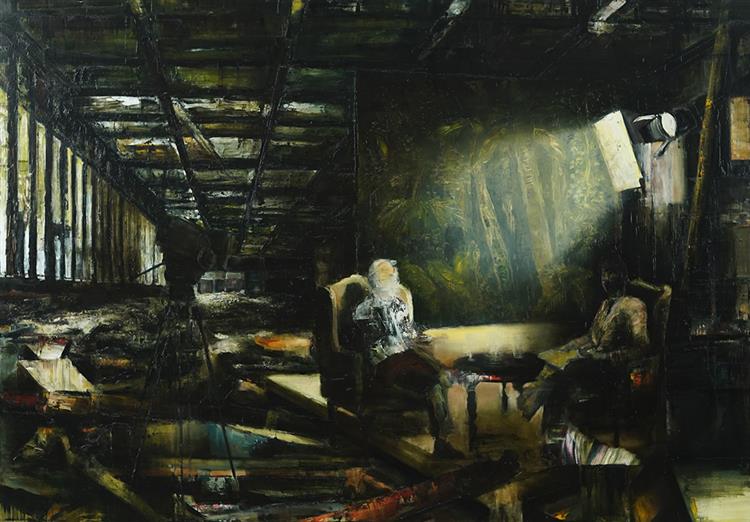 ‘The conversation’ refers to a (hypothetical) conversation between the cynical American politician Karl Rove and quantum physicist Werner Heisenberg, discussing reality. Heisenberg famously said:
“The reality of which we can speak is never reality itself but a reality designed by us” and Rove was the first who postulated, (in what is almost a megalomaniac artist statement):
“That's not the way the world really works anymore. We're an empire now, and when we act, we create our own reality. And while you're studying that reality—judiciously, as you will—we'll act again, creating other new realities, which you can study too, and that's how things will sort out. We're history's actors and you, all of you, will be left to just study what we do”.