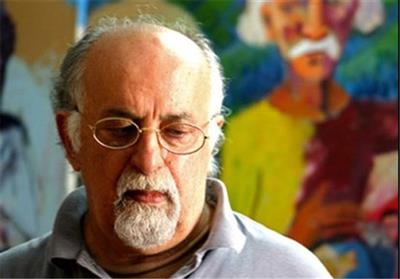 Hannibal Alkhas (1930 – 2010) was a sculptor, painter and author.[1] He was born in 1930 in Iran into an ethnic Assyrian and Christian family and spent his childhood and teenage years in Kermanshah, Ahwaz and Tehran. In 1951, Hannibal Alkhas moved to the United States in pursuit of his education and studied philosophy for three years at Loyola University of Chicago, Illinois.

From 1953 to 1958 he attended the Art Institute of Chicago where he earned his Bachelor's and Masters of Fine Arts.

In 1959, after the death of his father, the famous Assyrian writer Rabi Adai Alkhas, Hannibal Alkhas returned to Iran and began to teach painting, drawing, and art history at the Tehran School of Fine Arts for the next four years. During this time he established the successful Gilgamesh gallery, the first modern art gallery in Iran where aspiring young artists were introduced. In 1963 he returned to the United States and taught a Monticello College in Illinois where he became the chairman of the art department.[2]

In 1969 Hannibal again returned to Iran and spent the next eleven (11) years teaching at Tehran University [6].

He taught at Islamic Azad University in Iran.[3]

Hannibal Alkhas has also created book illustrations, written poems and translated many poems to and from Assyrian. His works have been displayed in numerous exhibitions in Iran, Europe, Canada, Australia and the US.