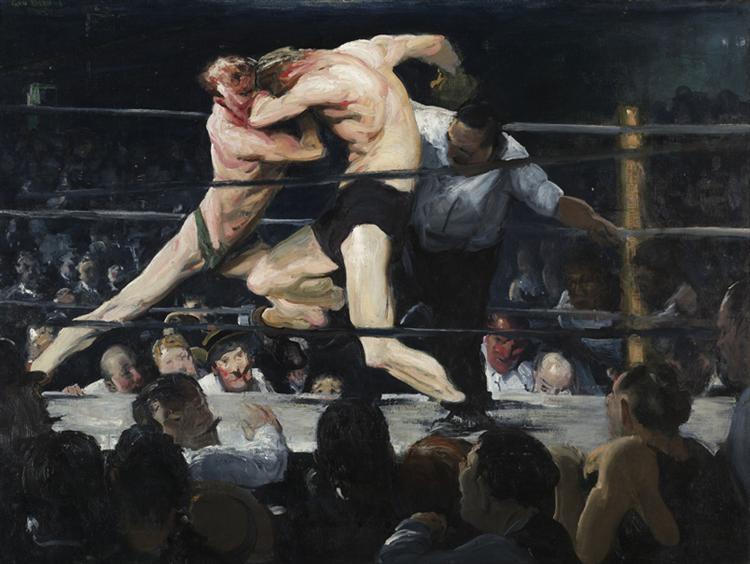 Stag at Sharkey's is a 1909 oil painting by George Wesley Bellows depicting two boxers fighting in the private athletic club situated across from his studio. It is part of the Ashcan School movement known in particular for depicting scenes of daily life in early twentieth century New York City, often in the city's poorer neighborhoods. Bellows used quick strokes to create a blurred image, simulating the two fighters in motion. He also chose a low point of view to put the viewer among the crowd watching the fight.

Participants in the boxing ring were usually members of the club, but occasionally outsiders would fight with temporary memberships. These fighters were known as "stags".

The painting has been a part of the Cleveland Museum of Art's permanent collection since 1922.