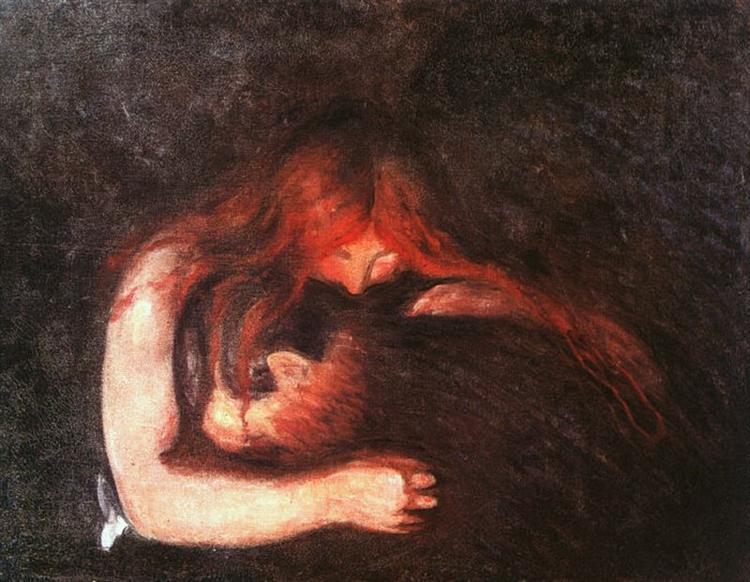 Love and Pain is a painting by Edvard Munch, It has also been called Vampire, though not by Munch. Munch painted six different versions of the subject in the period 1893–95; three versions are at the Munch Museum in Oslo, one is at the Gothenburg Museum of Art, one is owned by a private collector and the last one is unaccounted for. He also painted several versions and derivatives in his later career.

The painting was first called "Vampire" by Munch's friend, the critic Stanisław Przybyszewski. Przybyszewski saw the painting on exhibition and described it as "a man who has become submissive, and on his neck a biting vampire's face."

A version of the painting was stolen from the Munch Museum on 23 February 1988. It was recovered later the same year, when the thief contacted the police.

In 2008, at a Sotheby's auction, an 1894 version of the painting sold for 38.2 million dollars (24.3 million pounds) and set the world record for the auction of a Munch painting.

In 1895, Munch created a woodcut with a very similar theme and composition, known as Vampyr II.

In 1916–18, Munch reused the composition in a different setting for two paintings called Vampire in the Forest and Vampire, currently in the collection of the Munch Museum.

Media related to Vampire by Edvard Munch at Wikimedia Commons